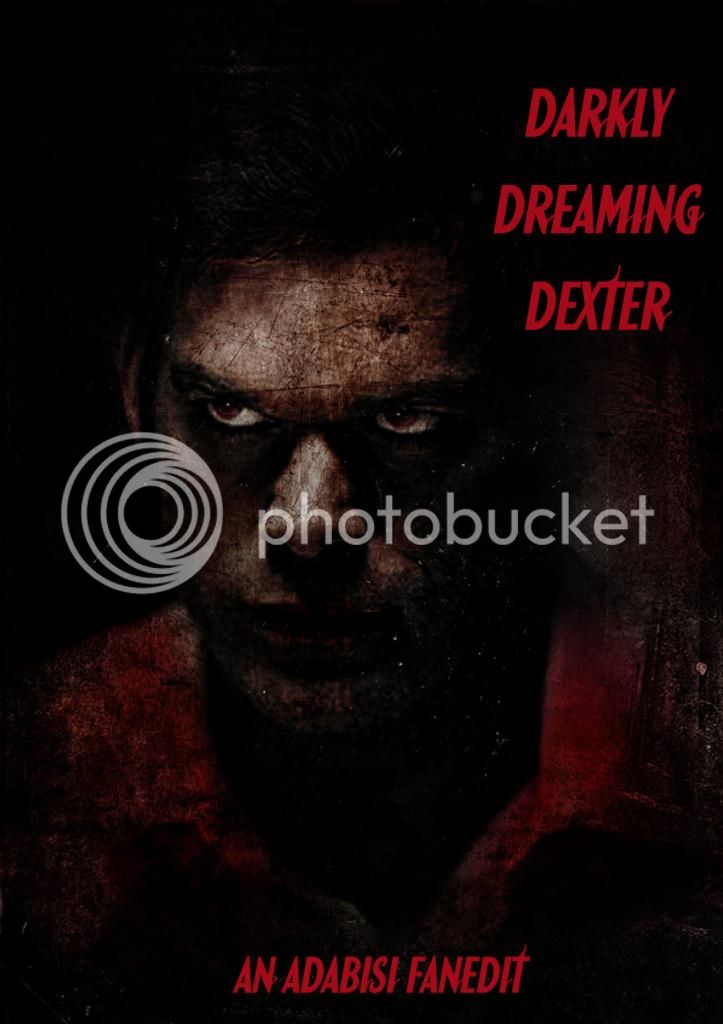 To create a movie out of the first season of the excellent Showtime series, Dexter. Gone are all elements that do not deal with Dexter's essential character development or the Ice Truck Killer storyline. What we are left with is the story of Dexter Morgan, the quintessential the anti-hero, struggling to deal with his past and present.

Too many individual edits to list, but these are the main ones:

All unnecessary characters were axed - Rita, Astor, Cody and Paul are the major ones.

All unnecessary sub-plots, not tied to the Ice Truck Killer storyline were hacked: All but three of Dexter's kills-of-the-week, Bautista's marriage, the murder of the police officer, the politics between LaGuerta and the Captain, Dexter trying to help Jeremy Downs, Dexter's biological father and the inheritance.

Many flashbacks that did not add to the overall story were severed.

To eliminate the bookending/episodic feel of a TV show, nearly all of Dexter's intro/outros to each episode were slashed.

Finally, the reveal of the Ice Truck Killer's identity is delayed to the point that the audience is now on the same page as the characters on screen.

DVD5 and avi versions available at the usual suspects. 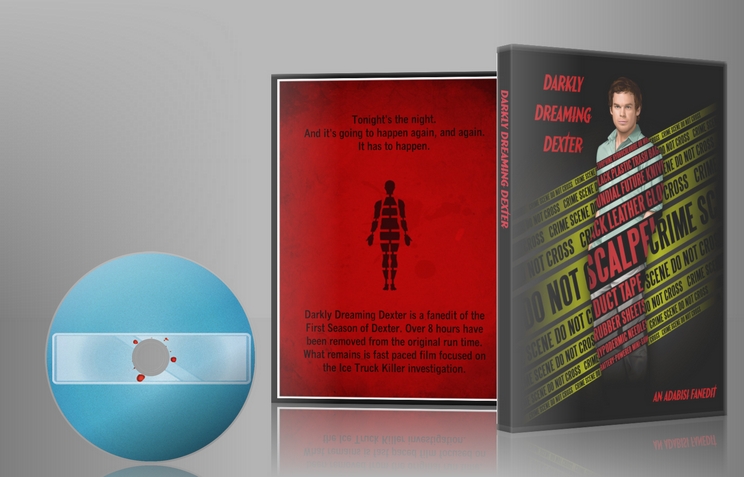 Really looking forward to watching this. Given the running time I was sure this was going to be a DVD9 release. Happy to see that you managed to fit it all on a DVD5.

Any plans for an HD version? I'm most definitely interested in this!

I am sooooooooo excited to see this! And like I have said before, I only have season 1 on DVD, so thanks for not using any of the other seasons, or I wouldn't be able to watch it!

Is Usenet a usual suspect?

Metrostar said:
Is Usenet a usual suspect?
Click to expand...

I cannot get the dlc file listed to work at all. In jdownloader it wont load up, can anyone check out that file for the dvd5? thanks

tranzor said:
I cannot get the dlc file listed to work at all. In jdownloader it wont load up, can anyone check out that file for the dvd5? thanks
Click to expand...

I don't think Mega links work with JDownloader yet. Use http://dcrypt.it to manually download files (that's what I usually do anyways).

I downloaded it using the dlc with MiPony and had no problems at all.

Oh well look at that. Works in JDown for me.

odd perhaps jdownloader had an update or the actual mega "site" was down for a few mins? Either way this would be the 9th time of reloading it (with a few various restarts of jdownloader) and now it is working, go figure

Watched the first half tonight. Awesome so far!

Neglify said:
Watched the first half tonight. Awesome so far!
Click to expand...

Great to hear, especially since the first half is a little slower moving than the second. Hope you like the rest.

Adabisi said:
Great to hear, especially since the first half is a little slower moving than the second. Hope you like the rest.
Click to expand...

Been a while since I watched Season 1 so there were a lot of little things that I had forgotten. Plus, like you had said in your In-The-Works thread (and intention) this really feels like a cinematic movie as far as structure.

This edit was AWESOME! Adabisi set the goal to turn Dexter Season 1 into an actual movie, not just a 2 1/2 hour TV season. Well, he has succeeded with flying colors.

I love Dexter, but definitely it can be too complicated for its own good. Season 1 was great, but this version is better. The edit is structured almost exactly as if they decided to make Darkly Dreaming Dexter a movie instead of a TV show. Of course if there had been a movie instead of a show it would have been very different, but man was this great. At no point did it feel like a bunch of small arcs stitched together into one mega story.

I will say though, the A/V quality ain't the best for a DVD5. It's not terrible, but not that great. But the editing was excellent throughout. A minor quibble I have is that I think some of Dexter's voice-overs explaining what's happening should have been cut. A perfect example is near the beginning when he says "There he is. Mike Donovan. He's the one."