This was taken from a post Peter made in True Fanedits: Creasy.

I must say that I was pretty impressed with the EDIT. After I was a little preoccupied after I watched deZIONized, because I just knew it was different and I thought about "oh this has changed and this and that" all the time, I watched CREASY before Man on Fire. To be hones, I didn't watch Man on Fire till today, I guess it'll become another dust-catcher on my shelf then (I do own the original, just to be clear on that!).
I never felt that there was something missing. But, a few times during the movie, that something about this felt familiar. You used a few music cues from "The Island", didn't you? I just love this soundtrack (by the way, there is a copy of the soundtrack enclosed in the german steelbook of "Die Insel", highly recommended, I just love the music!).

The only thing I noticed, that was a little bit strange, were actually two things.
On thing is, you created a little continuity error. When Peta is in the swimming tournament, the nun says to Creasy, that today he would be her father (because Peta's parents were out of town). This was a little awkward, because her parents gave Peta the dog just a few moments ago. You should have moved the scene after the contest, so that it would seem that they bought the dog as a present for winning the contest.
The other thing was the title sequence. But it was not really your mistake. I just didn't think at that moment, that Ridley would use some of the music-video techniques, we are introduced to later. Now I think it really fits the movie, but when I watched it, I wasn't prepared for that.

A really nice touch were the additional subtitles you did. They complimented the already existing onscreen textcrawls (don't know how to describe this, I never encountered this before).

Of course you could tell, that the ending was edited. You used music from "The Island" (which fit very well into the movie btw), and the video quality shifted, because you used the alternate ending.
I just have one question about your ending:
How did you get the idea, of putting the conversation about Creasy's children at the end of the movie? I thought this was a perfect afterthought, were did the conversation originally took place?

I also watched the original ending, because I was a little but curious. Man, that was a letdown. The girl survived? What did Tony think when he did it? He shouldn't do less cocaine.
And also, the original ending was kind of boring. After the more fast paced manhunt scenes, this was just so slow and didn't fit the rythm of the movie. Also Creasy just dies, in the car. I mean we are introduced to the "mastermind" of the movie and then Creasy doesn't kill the sucker? Booh!


Creasy really shows how a movie can be changed through editing. Good work!

1. removed the beginning about kidnappings in Mexico city. Our edit is not about kidnappings, it is about a bodyguard.
2. removed all scenes, where Creasy is not present, including Mickey Rourke scenes, Pita's family and the investigation of Manzano and Mariana.
3. removed Pita's return and Creasy's death on the way to Daniel Sanchez. We kept Pita dead. Our main reason for this edit. If Pita was alive, all the brutality and killings would have made no sense. Creasy's mission was not to save Pita, but to revenge her death.
4. added an important voice-over in the phone talk between Daniel and Creasy: "Mr. Creasy, for the life of my brother, I am going to meet you." This is the most important line in our edit (although it should have been: "SenÃÆÃÂ´r Creasy", instead of "Mister Creasy"). It is the reason for Daniel to meet with Creasy, even though he knows that Creasy will try to kill him.
5. added the ass-bomb ingredients as transparent transition in he car dirve scene to Daniel. Everybody should be aware, how Creasy is planning to kill Daniel. (the scene did not turn out to be as effective as we wanted it to, but it is sufficient).
6. added the alternative ending, which actually was to take place after car ride (which was the original ending). The villain has to die and he has to die by the hand of our hero.
7. One more crucial change was the final music, which we never thought to be fitting, so we replaced it completely.

Man on fire was a genre mix and therein was its major problem. The audience never knew what they were watching: a movie about kidnappings? about a drunkard bodyguard? about revenge? about a lost man finding love? about betrayal?

We think Tony Scott was over-ambitious with this project, he wanted too much and integrated too much and did not know, where to stop.
We corrected that by editing the movie all around Creasy, the main hero. We could have also made a movie about kidnappings in Mexico City, with Denzel as supportive actor and even that should have been better than the original MAN ON FIRE.

Our edit is a revenge movie, rather classical, a relationship between a ruthless killer and a sweet kid is formed, the kid is killed, revenge is taken, the killer dies as martyr. Seen a thousand times and still a good concept. 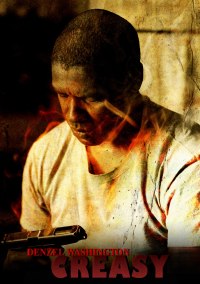 I downloaded the avi version of Creasy and after the good critics I'm looking forward to watch it. Unfortunately the avi version is missing the subtitles for the spanish parts, is there a chance to get them separately? I'm afraid downloading the full dvd is not an option for me due to bandwidth constraints.

no, you can't get them seperately. Sorry.

this is now available on multiupload, which is an awesome new service I am trying out.
Multiupload has a great, quick and easy upload tool and it will spread teh files to 6 file hosters:
Rapidshare, Megaupload, Hotfile, Depositfiles, Zshare and Uploading
Premium is not required.
Download with jdownloader works great, you can with just one click split the hosts and have the links for RS, MU, whatever neatly paired up.

I think this is super comfortable.

all links are inter changeable
should be on fanedit.info soon.