Two favourites (which have nothing in common):

Ex Machina by Brian K. Vaughan and Tony Harris. It feels like a mix of Batman, Kick-Ass and The West Wing, and I mean that in the best possible sense. After a strange artefact found underneath Brooklyn Bridge explodes in a civil engineer's face, he wakes up with the ability to speak to and interact with machinery. Then he becomes a crimefighter, only to later drop his career and run for mayor of NYC. And that's all before the first issue begins (there are lots of flashbacks), I love this series. Great dialogue, and with a genuinely intriguing sci-fi premise, and a credible and interesting main character.

The Fourth World by Jack Kirby. In 1970, Jack Kirby was given free reign to create a massive mythology-rich story for DC, and he did that by taking over the montly series "Superman's Pal, Jimmy Olsen" as well as creating "Mister Miracle", "The New Gods" and "Forever People". Together they tell the story of a deeply weird cosmic war with Earth caught in the crossfire between Apokolips (with its ruler Darkseid) and New Genesis (with Lightray, Orion and Highfather). Insane stuff. It's as if Superman dropped acid.
U

Some of my favourites:

Mouse Guard is set in a world of sentient mice who live in a medieval era, paralleling the same age in human history, though in their world there are no humans. Its stories revolve around a brotherhood of mice known as the "Mouse Guard" who have sworn an oath to serve their fellow civilian mice in times of need, including making safe passage for them through the wilderness and protecting them from predators.
Beautiful Artwork and great characters. As far as I know this is available at Comixology.

Artesia is an epic fantasy series. Artesia is also the name of the heroine of the cycle. The author has described her as a "Pagan Joan of Arc", to use a popular reference, while noting that the closest historical model is the Irish Queen Medb. The series is noted for its depiction of feudal politics, intrigue, and power struggles, its complex mythology and world history, and its strong female characters.

Again beautiful artwork (definitely for mature readers!) and great writing. Feels a little like game of thrones with more fantasy thrown into the mix. This is available at Comixology too.

Preacher is probably the best comic book series, Ive ever read. Its so story and characters are so awesome, although there is some serious sick shit going on within its pages.

Preacher tells the story of Jesse Custer, a preacher in the small Texas town of Annville. Custer was accidentally possessed by the supernatural creature named Genesis in an incident which killed his entire congregation and flattened his church.

Genesis, the product of the unauthorized, unnatural coupling of an angel and a demon, is an infant with no sense of individual will. However, as it is composed of both pure goodness and pure evil, it might have enough power to rival that of God Himself. In other words, Jesse Custer, bonded to Genesis, may have become the most powerful being in the whole of living existence. 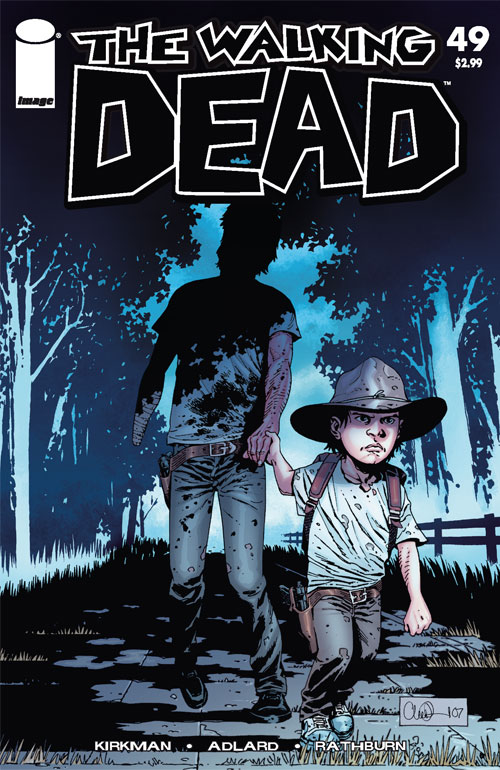 Oh, yeah and then there is "The Walking Dead". Best Zombie-Comic ever. Nuff said.

theslime said:
There's plenty of old stuff on Comixology, including the Moore story. It's probably their search function that's wonky. (The Gaiman story is quite new, btw. 2009, I think.)

Also, to answer your question, if it's not on Comixology it's probably not available digitally, at least that's the case with DC. If it's old Marvel, there's a separate subscription deal called "Marvel Unlimited" (also on iPad, I believe) which covers a lot.
Click to expand...

Oh sweet! Yeah I guess that search function just sucks on comixology. Searching by series title and artist seemed to get the job done (i.e. "Batman Neil Gaiman"). Lame that it doesn't have a more advanced search function.

I haven't read it in a few years but always really liked Alan Moore & Ian Gibson's The Ballad Of Halo Jones that was published in 2000AD around 1884/85. It's my number one desert island comic story. Typically for that time period and typically for Alan Moore it was more than a small dig at Thatcher's Britain, following 10 years in the life of Halo Jones, an unemployed 18 year old everywoman living on the 50th century's equivilent of a council housing estate called The Hoop before one eventful day makes her throw caution to the wind and leave earth, eventually ending up in the army fighting in the far off corners of space. It ran to 3 "books" although it had been planned as a 9 book series but Alan Moore fell out with the publishers and never finished the cycle, although it does feel complete as a 3 book arc even if it finished a little open ended. It works on a lot of levels, and it does very much remind me of living in Northampton in the 1980's, which was also the initial inspiration for the story (Alan Moore lives about a mile or so from me, if you take a drive around town 9 out of 10 times you'll spot him out and about). It all takes place in a very detailed, real feeling world, like Bladerunner does.
I finally sold the original comics when I got round to buying the collected saga in paperback about 15 years ago. The paperback should still be available and the saga's quite highly regarded, it's normally fondly remembered by 2000AD readers as a standout piece from the time before the Watchmen phenomenon eclipsed most of his earlier work. I hadn't read anything quite like it before when it was first published in 2000AD, but that was a very long time ago

First off, following a predictable trend I'll point out Transmetropolitan by Warren Ellis 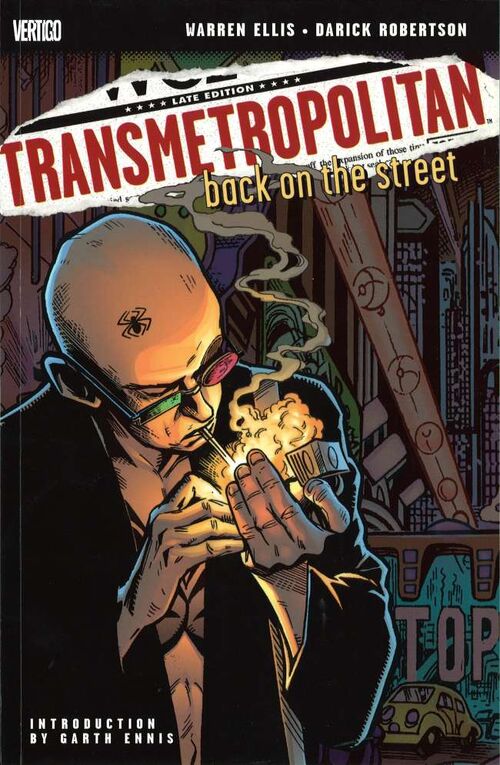 Hunter S Thompson stars on Transmet, oh sorry sh!t no thats not right - I mean Spider Jerusalem, reporting the really important news in a not too distant and all too feasible yet ridiculous future dystopia. Twists and turns take him through many crazy situations, until he comes to a realization that will change him as a person for the better while upsetting the status quo of the country he lives in in the process. Yet another Must read from Mr Ellis.


Next up, something quite recent. Fatale by Ed Brubaker and Sean Phillips

Are you asking yourself, is this comic book for me? Just tick the following checklist of things you enjoy to find out: 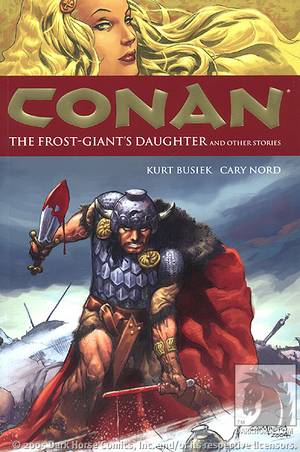 Following the Rippke chronology of canon R E H stories (some of them not yet adapted), Dark Horse brings us a great and modern take on the world famous Cimmerian, featuring top notch talent like Kurt Busiek and later on Timothy Truman, along with some awesome illustrators.
This my preferred comic adaptation of the high fantasy tales that made Conan such a fixture in popular culture. Highly recommended.

Alright thats all for now folks, stay tuned for the next installment.

Not sure where to post this, but this is the 10 anniversary of JLA VS. AVENGERS!

This is a MUST HAVE in any comic reader's collection.