Civil War: Vengeance Has Consumed You 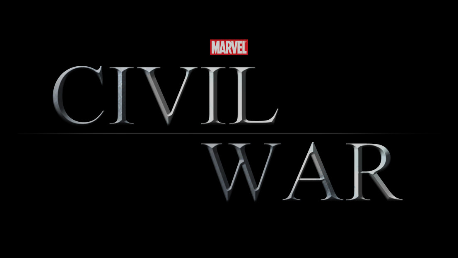 Synopsis: With a tighter focus on the narrative and the use of footage from Spider-Man: Homecoming, this edit attempts to provide Civil War with more of a myusstery behind Zemo's scheme as well as an alternate introduction to Peter Parker, the Amazing Spider-Man


-Film now opens with Tony talking about the holographic technology
-No romance/flirting between Sharon and Steve
-T'Challa's introduction as a vengeful Black Panther is not foreshadwed. Scene with Natasha after the Vienna bombing cut.
-Alternative introduction to Peter Parker using Spider-Man: Homecoming footage
-No split between Tony and Pepper (there's a very good reason for that)
-More mystery to Zemo and his motivations, we only truly learn the extent of his scheming when the characters do
-New mid-credits scene using Homecoming footage.
Some scenes that have been shifted about and repurposed, and I've mixed it in with footage of Spider-Man: Homecoming.

What truly motivated me to try this was an idea I had about Peter meeting Tony earlier in the film, so when Tony tells Natasha he's going to recruit Peter, we cut to the boat rescue from Homecoming as a way of introducing Peter with the suit.


Right now I'm trying to nail a good spot to place Peter meeting Tony. The last two scenes I tried to insert in after ended on too tragic a note (boy is this film more downbeat than I remember it being), I think I may have found a decent spot but it's not ideal...any other suggestions from the community would be greatly appreciated, thankyou.

From the thread title, I thought this edit would be reducing Civil War to Tony's perspective, i.e., cutting all possible scenes he isn't part of. Doing the same for Cap, much like those Eleanor Rigby movies,  could make for an interesting contrast. But yanking a major Homecoming sequence from its proper place in the MCU timeline doesn't sit well with me, I'm afraid.

I'm still fooling around at the moment, I'll take your suggestions into consideration and experiment a bit

Another stab at the Peter/Tony meeting

However...I think I've stumbled onto a continuity roadblock which might derail the edit unless you can look past it...namely Tony's eye, which is bruised in the scenes where he meets Peter, is absent when he contacts him in the Homecoming footage, and indeed even the scene where he meets Peter takes place after his injury but is placed well before it here.

I don’t know.  I, too, initially thought you were on to shifting the perspective.  Nonetheless, the idea could work.  Smooth the transitions out.  I believe you should have Spider-Man’s introduction be when he arrives at the ferris, not when he’s already there.  See what I mean?

Canon Editor said:
I don’t know.  I, too, initially thought you were on to shifting the perspective.
Click to expand...

I still might. I already went in and removed the battle with Crossbones and all you hear about it on the news.

I've changed the thread title for now as I'm undecided on whether or not to do a shift perspective edit, or a longer fanmix cut.

Canon Editor said:
I believe you should have Spider-Man’s introduction be when he arrives at the ferris, not when he’s already there.  See what I mean?
Click to expand...

Zarius said:
However...I think I've stumbled onto a continuity roadblock which might derail the edit unless you can look past it...namely Tony's eye, which is bruised in the scenes where he meets Peter, is absent when he contacts him in the Homecoming footage, and indeed even the scene where he meets Peter takes place after his injury but is placed well before it here.
Click to expand...

Have you tried giving him a black eye?

That stuff is well above my skill level.

I think I'm eyeing towards definitely making this a Tony-centric film, that or greatly reducing the bulk of the Captain America/Super Soldier plot, maybe even removing that entirely and reducing his and Bucky's journey to the compound to maybe an after-credits scene.

That's right, I'm thinking of ending the movie shortly after the battle at the airport.

Also, I'm ditching Tony meeting Peter for the first time...instead it's shown they're already working together by the time of this movie and Tony's holding him in reserve. This allows for a much better introduction to him as Spidey right off the bat when we cut to Homecoming footage.

I've made a couple of major and minor trims over the course of the morning...mostly a lot to do with Zemo so his modus operandi is basically just trying to trigger Barnes and less to do with the Super Soldier vault.

I've opted to ditch Peter and Tony meeting for the first time, instead it's now implied Peter and Tony have been working with each other for quite a while, so we first meet Peter at the ferri scene.

Settled on a title.

Is this about Robert E Lee or Abraham Lincoln?

I think I've come up with a solution to Peter and Tony's meeting that avoids the injury to his eye...and, again, Homecoming footage came to the rescue.

I'm still left with the problem of the injury not being there for the ferri scene...but Tony out of the suit is only on-screen in that segment for a short while in that so it would not be too much of a deal-breaker if I left it in.

Could you bring Peter meeting Tony forward earlier into the film? Maybe have him go there after his press conference where he learns of the guy who died in Sokovia?

I'm currently pursuing the idea Peter and Tony are already aware of each other and are working together, so I've used the last scene they have together from Homecoming as their introduction scene. It's placed just after the Avengers debate the Sokovia accords and before the Vienna conference.

Even more good news...I cut around Tony contacting Peter out of the suit for the ferri scene...he now no longer interupts him during the stake-out and we only see him in the Armour when he bails Peter out.

Here it is in practice