I think as a whole, I enjoyed The Shield more than The Wire, and in a sense, the ending of BB reminded me of The Shield. It's deliciously bittersweet.

emphatic said:
I think as a whole, I enjoyed The Shield more than The Wire, and in a sense, the ending of BB reminded me of The Shield. It's deliciously bittersweet.
Click to expand...

The Shield has an ending that was equally/maybe even more satisfying than the ending to Breaking Bad.


Seriously Spoilers, If you haven't watched the entire series of Breaking Bad and The Shield do not proceed!
Both Vic and Walt "win" in a sense, but at the same time they lose everything in the process. Walt ended being a bit luckier as he ends up dying instead of being chained to a desk working a government job involving typed reports daily etc. (No offense intended to any government workers reading this spoiler! )

I dunno, I completely avoided BB until just before season 3 arrived. I then acquired season 1 and didn't bother watching it for another six months and then didn't have anything better to watch so gave it a try.

I wasn't hooked straight away; that took until episode 3 or 4 and by the end of season 1 I had to start watching season 2 the following night. Of course it got better and better with each season and is as close to a perfect run that I have ever seen. I still believe season 1 is extremely good telly but you kinda needed to find that out for yourself. Watching it after the fact and expecting it to be 'that' good is never going to work or live up to the expectations you have built up in your mind.

In fact the only people I have ever heard calling season 1 or 2 meh were the people who only really started watching it in the last few years once the hype had well and truly hit.

This is one of the few shows that I think rating individual seasons is a waste of time, the entire thing is an ensemble piece and should be taken as such. so I simply say Breaking Bad is one of the best TV shows I have ever seen and leave it at that.

For those who have seen the finale, this video is pretty damn cool:

When Stephen Colbert talked to Vince Gilligan about the song El Paso used in the season finale of Breaking Bad, he asked if Felina was Jesse or the blue meth, and Vince basically said Felina was the blue meth.. Viewed that way, the song El Paso matches up with not only the scene it was used in and the season finale, but the entire series. Or at least I was able to shoehorn it all in, I have no idea if this is how the creators meant any of this. So I put together the rest of it, just the way I saw it, to the whole song before and after the actual scene from the finale.
Click to expand...

I just tried it and you get a short little voice mail message with Robert Forster's voice. Call me a goddamn dork but that's kind cool.


Would have been cooler if it was a message for Max Cherry's bail bondsmen services! Maybe a little Delfonics while they keep you on hold
Click to expand...

Try this number again. This time press 5 during the voice message!

That Felina video is awesome [MENTION=8731]Gatos[/MENTION]

A poster for every episode 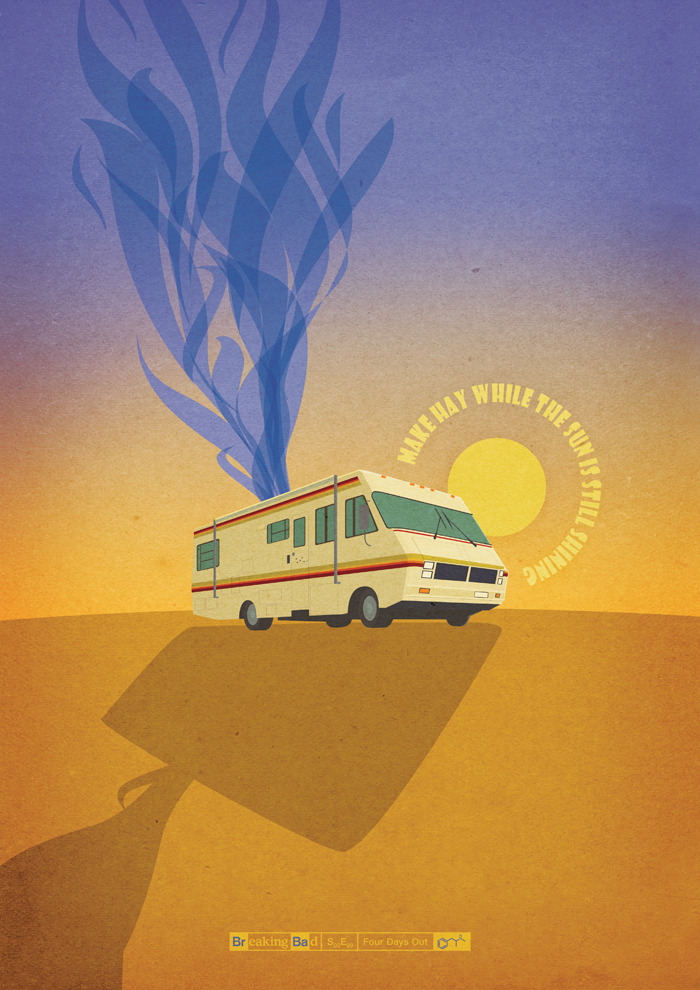 I agree, the video is pretty lined up with the lyrics. Very nice

Having not seen the series (yet), not sure I'd want to watch this, but in the interest of FYI...