Some cover art I've been working on: 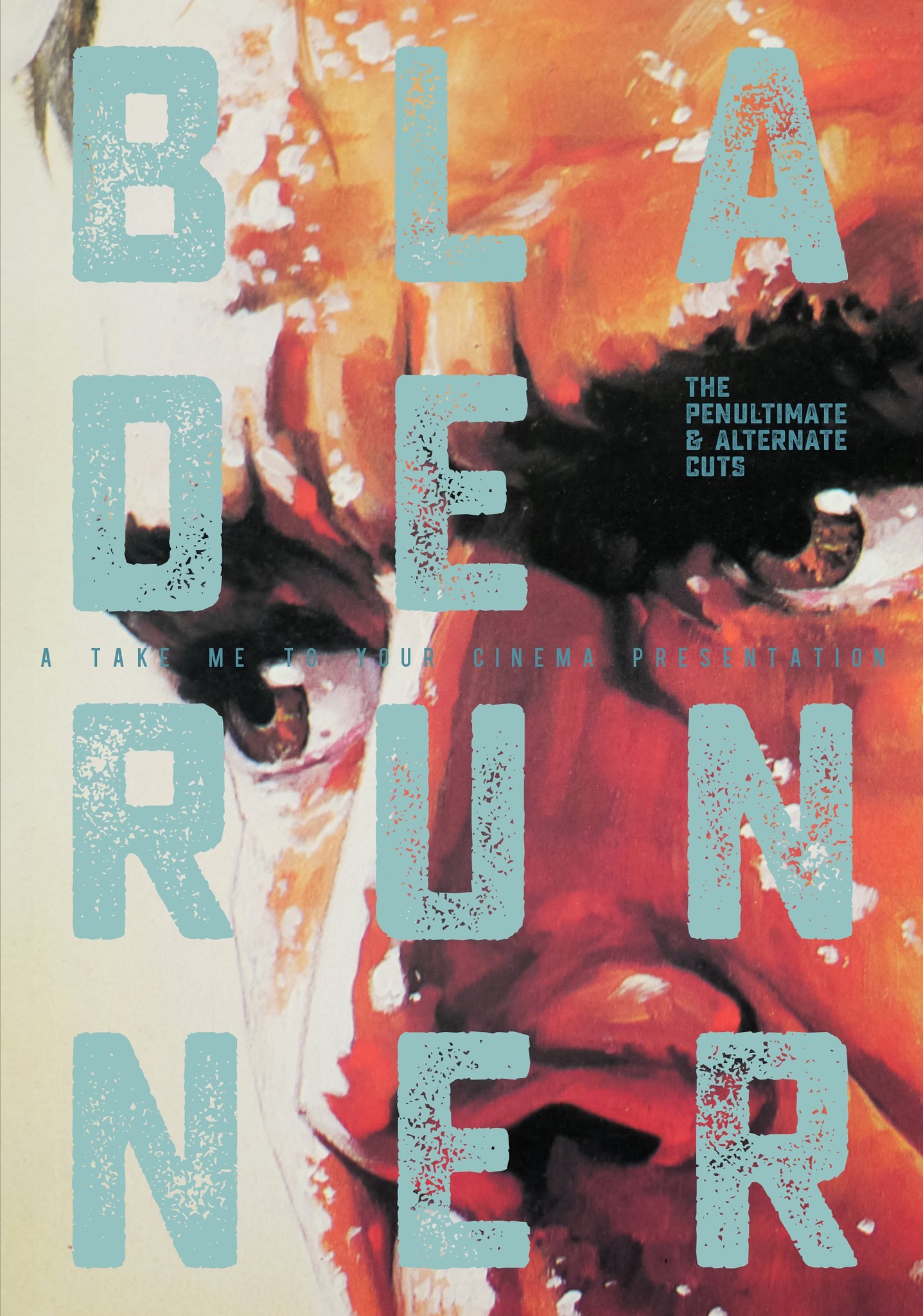 I've had a watch of everything muxed together, mostly opting for the Theatrical Cut mix, which I hadn't watched along with in forever. The voice over is quite nice. There are few little tweaks I want to make, to the grade in a couple of shots, fix a continuity error missed in the FC and I want to revisit a choice I made in the sound mixing of the noddle bar scene when the voice over is involved. Still these changes shouldn't take too long.

Is "BLADE RUNNUR" a typo, or an official alternate spelling?

jrWHAG42 said:
Is "BLADE RUNNUR" a typo, or an official alternate spelling?
Click to expand...

LOL!  You think I'd know how to spell it by now. Thanks. Poster fixed.
M

jrWHAG42 said:
Is "BLADE RUNNUR" a typo, or an official alternate spelling?
Click to expand...

That’s the title for the Nolan directed sequel.

Teal ....no teal ...please no teal....it's the whole reason this project exists
M

Get's better and better. This project seems to be the most awaited fan edit of this year with RidgeShark Jaws 2. Poster looking good. Teal or no teal

It's a pale shade of teal, I tried lots of different shades, brightnesses and saturations (including a full strength turquoise teal) but that's the one I liked best. But if you really want teal and orange I had this option in reserve : 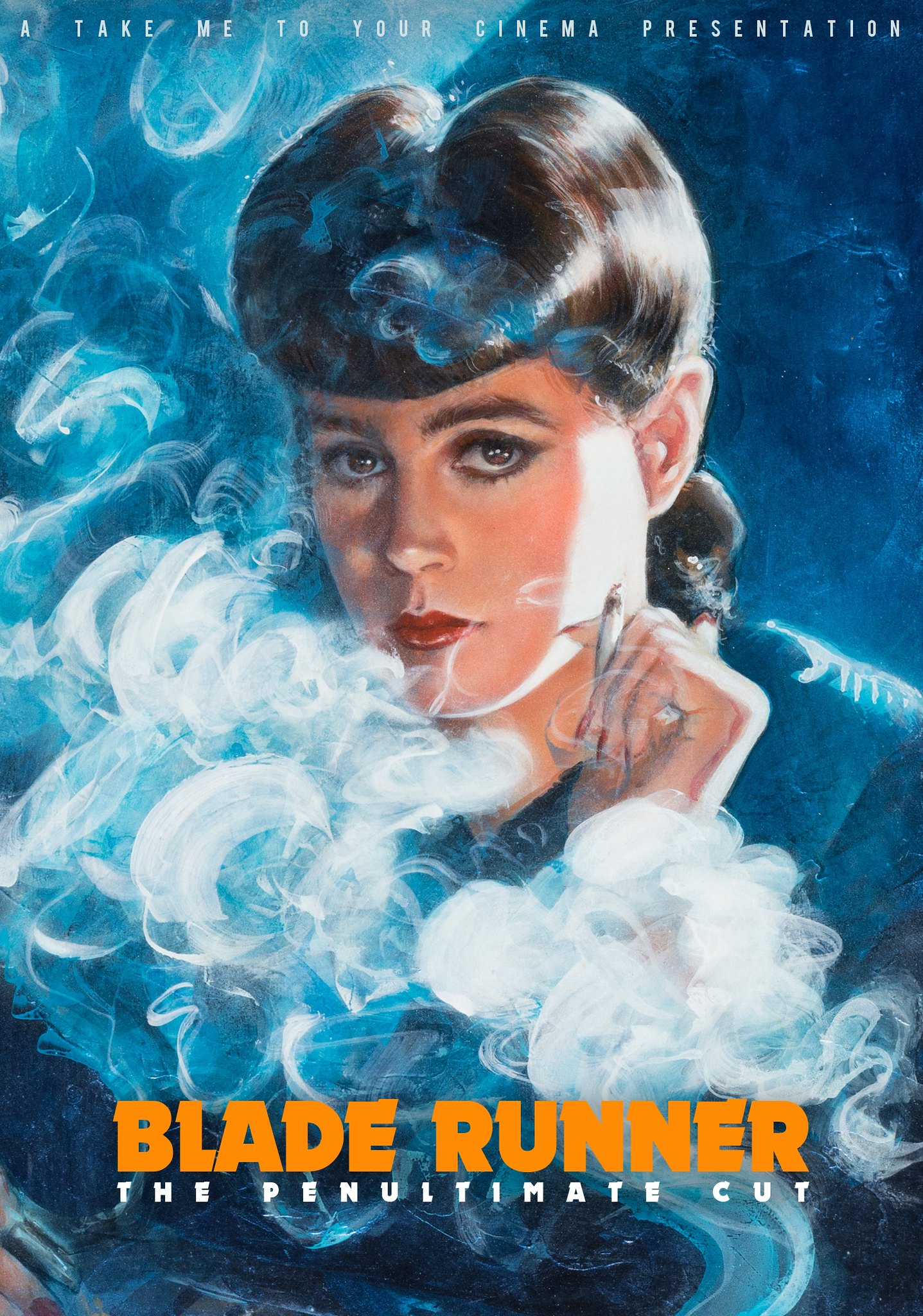 It's 99% a beautiful painting by Olivia (Olivia De Berardinis), which I've just put some text over. Where as the other is a bit more creative, with the extreme close up of Deckard's eyes and the text layout.

I've been watching through a 2nd "final" version with the Workprint mix, which I've decided could be better, so I'll remix that and have another listen. I noticed the 30th Anniversary Region-B blu-ray had some subtitles that the Region-A 5-disc did not have, so I've added those. It's got English, French, Italian, Spanish, Japanese, Chinese (it didn't specify if it was Mandarin or Cantonese), Korean, Portuguese, Dutch, Danish, Finnish, Norwegian and Swedish. So the Nordic countries are well covered.

Ah, regardless of teal or not, I dig the blocky lettering and Deck's close-up. Reminded me of this shot of Rachael before she lets a tear. I messed with it in PS some, didn't wanna crop it too much. Maybe it'll be of some use

^ That's a real nice paint effect you've got on there.

I might have "The Penultimate Cut" finished (I think), unless I spot anything to tweak and the first 50-minutes of "The Alternate Cut" are locked, with the remainder in partially finished state. So it's getting there .

'The Penultimate Cut' is finally finished and ready, so if you want to see it let me know .

The final list of audio tracks are as follows:

With the except of the 6 FC mixes which already synced, all the other mixes have been edited, mixed and extended to sync them with the FC.  I watched this thing a few times over the last few weeks and it's fun to watch with the Workprint mix and I've started to really like the Voiceover version.  I've also noticed how comparatively aggressive and less subtle some the FC newer mix is, so the DC mix might provide a more authentic non-voiceover experience.

I'm not sure when I'll get 'The Alternate Cut' finished, it might be this year, it might be next.  There's a lot of footage to go through.  Then maybe I'll do a blu-ray with both cuts together.

Here's a version of the first poster I worked up for this project about 5-years ago: 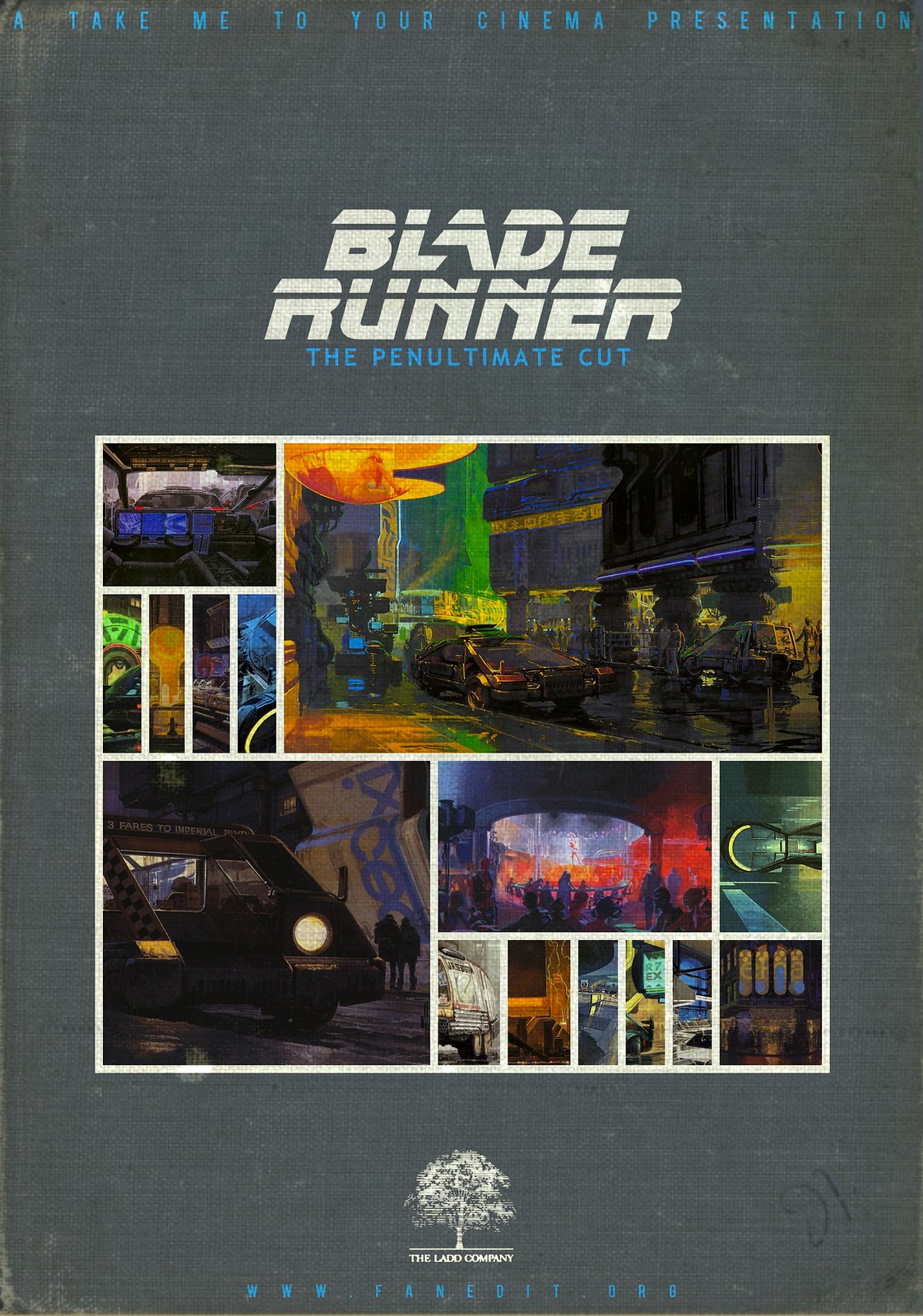 Are you planning on putting a blu ray disc together?

Edit: ignore me. You mentioned it in your post and I completely missed it somehow!