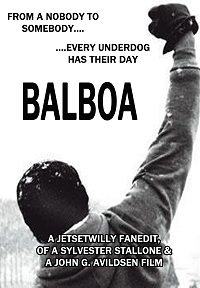 The story of one mans fight to be somebody, in a world where âeveryone can be famous for five minutesâ. This is his story, originally told in two parts, condensed into a 2 1/2 hour movie. Follow his dream, and get read to go the distance.

Intention
To tell Rockyâs story from being a no good fighter âbumâ, to eventually becoming the heavyweight champion of the world, in one story.

Edit Details
To tighten the overall story, edit out details and subplots that were not in keeping with Rockyâs âgood guyâ image, and minor trims.

-removed subplot: Rocky working for the loan shark Tony Gazzo. Gazzo is now just Rockyâs friend. -removed scene of Adrien in Rockyâs apartment and, eventual kiss. This can be hinted at by her just going into his apartment.
-removed first training montage. Although I liked both, one had to go, and it was the first, as I felt the second one was much stronger.
-removed substory of Rockyâs friendship with Lindsey. Sheâs just another no good street kid.
-removed Rockyâs retirement, and jobs in commercials and the meat factory. So, after Rockyâs first outing against Apollo, he concentrates on his next bout.
-trimmed the end of the first bout to leave it on a cliffhanger (the result gets revealed in the hospital anyway).
-removed any trace of Rocky promising Adrien he wonât fight no more (and subsequent scene of Adrien having stomach pains in the pet shop before slipping into coma).
-added a little scene at the start from the second bout, which also ends in cliff hanger.
-removed credits from both movies. now, only a title card, and sounds fom crowd chanting âRockyâ can be heard.
-remade end credits using original track âRedemptionâ
Release Information
SL DVD
.wmv


Special features do not apply to .wmv version 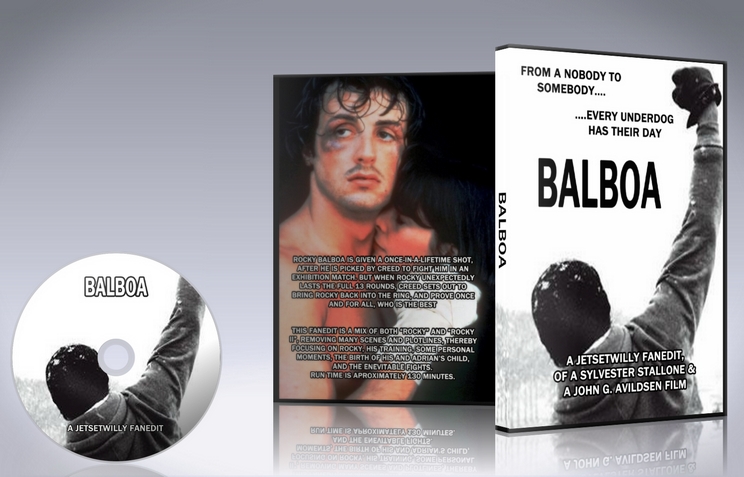 "Get ready TO go the distance". Small typo on the cover.
But don't let that hold the votes back! :-D

I'll be upping the .wmv as soon as humanly possible, but I'm sure you can all make do with the full dvd for now ;-)
G

A Rocky 3 + 4 edit should also be cool if you want to do more Rocky (or someone else). Lots of stuff to cut. Remove the wrestling match from 3 at the begining completelly, remove the wierd robot from 4 and also that cheesy speech from rocky at the end of 4... Make them into a much tighter and better movie

Don't tempt me, I've already got my Robocop 2, Terminator and Robocop tv edits to finish!!! Lol

JetSetWilly said:
I'll be upping the .wmv
Click to expand...

Trust me, it does still look great. I had it playing on my telly through my 360 and my BD player, and it does look the part.

JetSetWilly said:
See?
I'll be upping the .wmv as soon as humanly possible, but I'm sure you can all make do with the full dvd for now ;-)
Click to expand...

You're making us settle for the best quality available while we anxiously await your upload of an inferior one? 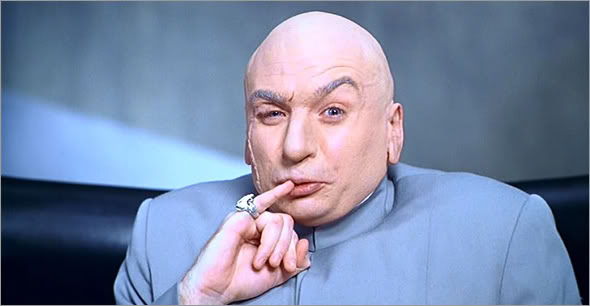 Kal-El said:
You're making us settle for the best quality available while we anxiously await your upload of an inferior one?

I was really interested in this edit, but some technical issues prevented me from fully enjoying it.

First, it's not anamorphic widescreen - it's 4:3, which means you need to toggle the aspect button on your remote to get it to fill the screen. But by doing so, it reveals issues with the picture quality - I wouldn't say it's horrible, but it's not DVD quality - closer to VHS. And there's some motion blur/ghosting (not sure of the technical term - interlacing?) with even the slightest on screen movement.

The odd thing is that your trailer on the DVD for Balboa is the proper aspect ratio.

The actual cuts seemed fine, with nothing jumping out as jarring or out of place, but I admittedly did not watch the whole thing due to the technical issues.

I'm not sure what tools you used for this, but I think that may be the culprit. I'd love to see an improved version with proper DVD quality.

Consider it done, my friend. Am re-rendering now, so a new version should be on it's way in a few days. I've a feeling I know what the problem is, though. It was the wrong render settings, but, thanks to Neglify, he's put me onto the correct ones to use, so it should be hunky dory.

Good to hear. If I can offer one piece of advice - when everything looks like it's ready to go, burn it to disc and watch it before you upload it and re-release it. If it's not perfect, fix it. Not many people will bother to download the same edit more than once. And no one will bother a third time.

I think i do have some discs somewhere, but they're only single layer ones. I'll definitely do that, though.

Also, you don't want to earn a reputation as someone who is constantly updating releases to fix problems.

That's the thing I actually dread a lot, and a rep I don't want attached. They say it's not the tools that are at fault, but the person using them, and in this case, it's certainly true. I just feel like I'm letting the site down by releasing low quality final versions like this, and it's something I don't want to do. But, I'm rectifying it now.
You must log in or register to reply here.
Share:
Facebook Twitter Reddit Pinterest Tumblr WhatsApp Email Share Link
Top Bottom