Thank you everyone for your patience. I've been able to reupload the series. You can request it through the usual channels.
T

I loved these! Now that No Time To Die is finally released, is there a plan to convert that film as well?
*EDIT, I see from the comments above that you DO plan to do so. Looking forward to it!*

Watching NTTD tonight. I'm going to try and just enjoy the movie, then rewatch with an editing lense.

Well I watched it. Not sure how I feel about it. My first thoughts are that I don't know if I want to add this to the series.

They killed Bond?!?! It's honestly the most realistic thing any James Bond movie has done. Not sure this was the way to do it though.
I wasn't a fan of the story. I wasn't a fan of the villain. I wasn't a fan of the dialogue. I just wasnt' a fan. Zimmer thankfully held back, but I think this movie would have done better with Thomas Newman completing the circuit. The score isn't bad, it's just not very memorable. It's the least Zimmer score I've heard. The charcters also feel very inconsistent with the tone of the other 4 movies. There's a lightness to the dramatics that is new and the movie itself wants to go epic in scale, but ultimately this just feels small. This movie needed a vilain that wasn't a concept.

Looks like there's enough for 3 episodes. Some titles for the episodes and place holders for ideas.
012 -Secrets & Lies ~50 minutes

-Cut 007 requesting that 007 be given back to Bond. This is pointless and doens't effect the plot at all. James is a 00 agent again, who cares what his designation is.

As I'm gearing up for a v2 of this series using my Blu Rays as the new source vs the iTunes for the original release, I'd like to ask from those who have watched the edit. What are some areas that might need improving from a technical side and also sprinkle in a wishlist or two of what you're hoping for. @CAL0901 also generously offered to do some subtitles to help with understadning the dialogue better. At the moment I think the only real plans I had for changes will come during 007 - Concomitant Factor to move the intro credits back a bit. It would show M getting the message from Silva, then Money Penny shows up at Jame's hotel. She shaves him and then after she says, "old dog, new tricks" it will go to the credits. This allows for the big entrance of James Bond to the casino directly after the episode title. I thought that would make for a better and more dramatic transition on both ends.

If you have any technical concerns and or wishes for v2 please post them and I'll start planning out the next steps. Oh and yes, No Time To Die will be included in v2. I figure by the time that I get to that point in the re-editing, the price may have gone down a bit

Just picked this up. Here we go! 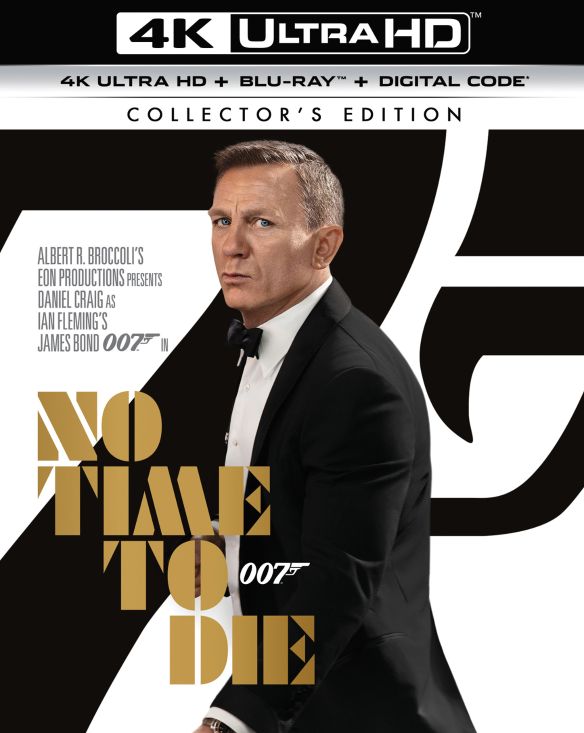 Dang, that came out fast. Thrown in Amazon cart.

DigModiFicaTion said:
Just picked this up. Here we go!

I can't wait to see what you do! Watching your series leading up to this in theaters was a blast for me!

I tried sending a message but I haven't gotten a response yet.
Last edited: Jan 29, 2022

yoshif8tures said:
May I have a link to this? I tried sending a message but I haven't gotten a response yet.
Click to expand...

Please don't ask for links in the forums as per our rules. BTW I don't have any PM that I see from you. Please reach out via PM here. I dont really check other sites.

Are you still working on the updated version of this DigModiFicaTion?

Solemn.Philosopher said:
Are you still working on the updated version of this DigModiFicaTion?
Click to expand...

Yes, just not much time to edit lately.
G

DigModiFicaTion said:
Yes, just not much time to edit lately.
Click to expand...

Looking forward to it!

It seems like my theme has been No Time To Edit lately.....Opened up NTTD today to see if I can make some headway on the last three episodes. I haven't been able to come up with a satisfactory way of ending the series, but I think I found it today. My hope is that I can have this done by the end of May. I'll be looking for a few previewers in the coming week or two who have seen the rest of the series to share the alterations of the final chapters. Let me know if you'd be interested.

Worked a bit on this one this evening. Tonight was finding a way to get a more somber credits feel after the first two episodes of the NTTD. They end of pretty low notes and the trumpet fanfare just wasn't working for me. I'd hope to go back and do similar approaches to other episodes as well, but I'll not kid myself into thinking I'll have that kind of time lately. Limping along, like Bond, to the finish line.

I have a preview of the island finale that I'd like to get some feedback on. WARNING This will spoil the whole thing. Shoot me a PM if you'd like to view it. It's the last 13 minutes of the final episode.
M

This sounds like the perfect way too revisit those films, I'm super excited too see how it all shakes out and watch it all once it's completed
J